Addressing the Challenges of Controlled Substances Diversion in the Health System

Available at least 24 hours before webinar.

In this 1.5-hour educational activity, expert faculty will review the magnitude of drug diversion in the United States, the issues faced by the health system, and critical points in the medication-use process that are targets of diversion. Areas of risk for drug diversion in the institution, including i.v. push waste, and opportunities for managing them will also be discussed.

This activity was planned to meet the educational needs of pharmacists who practice in hospitals and health systems as well as pharmacy technicians.

The American Society of Health-System Pharmacists is accredited by the Accreditation Council for Pharmacy Education as a provider of continuing pharmacy education.

Claim CE (enter the CE code announced during activity and complete the evaluation).

Verify credit has posted to your ​NABP eProfile account before the 60-day deadline.

After ACPE's 60 day deadline, ASHP will no longer be able to report credits.

Watch for a confirmation email with additional instructions.

Get the app and view system requirements 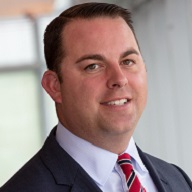 At MGH, he oversees a staff of 400 and all on and off-campus inpatient, clinic, and retail pharmacy services.   Chris is the Chair of the Partners Healthcare Chief Pharmacy Officers Council and works to move pharmacy strategic initiatives forward at the Partners system-level.

In 2013 Dr. Fortier was recognized as a Fellow of ASHP and received the Tradition of Excellence Award from the University of Connecticut Alumni Association.  Additionally, in 2008 he received the ASHP New Practitioner Forum’s Distinguished Service Award.  He has served as Chair of the ASHP Council on Public Policy, Chair of the ASHP Section of Pharmacy Practice Managers Education Steering Committee, and member of the Committee on Nominations.  Previously, Dr. Fortier served 8 years on the Vizient AMC Pharmacy Network (formally University HealthSystem Consortium) Executive Committee and chaired the Medication Use Informatics and Technology Committee. 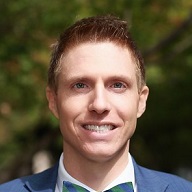 Dr. Haumschild has oversight for oncology and infusion pharmacy services, retail and specialty pharmacies, finance and 340B program, ambulatory surgical centers, and clinical pharmacy services. He has expertise in controlled substance management and hazardous drug handling.  He also has responsibility within Emory Healthcare and throughout the drug supply chain for pathway development and product utilization. He has completed and published research around medication safety, specialty pharmacy, pharmacy leadership, hazardous drug compounding, and integrated facility design.